Be it with religion, music or politics, there’s nothing like the enthusiasm of a convert, and since Russian-born bassist Alex Gershman discovered the joys of jazz, he’s been on a mission to spread the good news through his musical review Sasha’s Bloc. If you thought last year’s series of concerts was something special, you’d be amazed how the standard got kicked up about two notches, as Gershman gave the  packed Catalina’s club a double dose of The Rat Pack meeting Vaudeville in a two hour two tapping treat.

Unlike some political leaders, Gershman is adept at leading from behind; setting the tone by introducing each song and artist, joining with the versatile and swinging rhythm team of Andy Langham/p, Ray Brinker/dr and James Lum/g-banjo and along with the snappy horn team of Brandon Fields/as, Alex Budman/bar-cl, Rob McChesney/tb and Kye Pallmer, and taking you on a musical journey.  The band showed their jazz chops on a swinging take of “Perdido” and Fields swooned like Johnny Hodges on a lyrical original “The Duke.”

But the emphasis  was on singers tonight, and this evening, he opened with the lovely and coquettish Norah Rothman demurely cooing “Take A Chance” before Gershman changed singers as often as characters in a Russian novel, as Jane Monheit popped up on stage for a seductively punchy “Feels Like Jazz” and velvety “Heart of Fire” that highlighted her tender and seductive vibrato. At the drop of a dime, the full band joined in with Sweet Jane for a roaring 20s “Breakfast” complete with accordion. Then, before the dust settled, Tony Galla turned the joint into The Sahara on The Vegas Strip as the band wailed behind him on “Lonely Day In Paris” and then hit the saloon circuit with Langham with a moaning “Playful Blues.” Norah then hopped back on stage for Frank meets Garland swaggering “Anything’s Possible.”

But, like all great Russian novels, the mood here kept shifting with new characters, as Take 6’s Alvin Chea delivered up an agonizing “Black and Blue” with the stunningly passionate Glynis LeFlore.  Chea then brought down the house with a couple gospel-inflected love songs such as “Angel” which included the supporting vocals of LeFlore along with Khadia Handon and Princess Fortier adding texture and colors. Just when you thought there was nothing left to add to the occasion, Octavia Pace strolled up stage to go back and forth with Monheit on a “Summertime” that made the livin’ easy, with just about everyone coming on stage to close out the set like the end of a first act in a Mozart Opera.

Gershman and his Sasha’s Bloc serves as a reminder of the reason we fell in love with jazz in the first  place. “it makes you feel nostalgic and free. Jazz is Freedom” It makes sense that someone who came from Russia to experience freedom would remind America of its most important export. The packed house took the message better than any political summit, with better rewards. 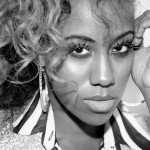